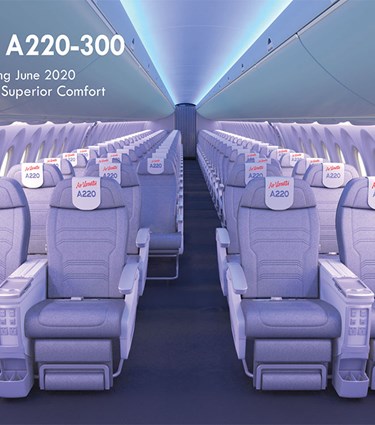 "Welkam" industry partners to the 'Air Vanuatu Australian Travel Agents Page', here you will find useful information that will hopefully better assist you when selling Air Vanuatu to your clients. If you need any further assistance with bookings or are in search of an answer for all things Vanuatu, please dial 1300 780 737 and one of our experienced staff will be happy to assist.

Launch Customer in the Pacific

Air Vanuatu has announced a fleet expansion by purchasing four A220 series aircraft. the first to do so in the Pacific region, making it the launch customer. The first A220-300 aircraft will arrive in June 2020, the 300 series offering a 2 class configuration of Business and Economy.

The second A220 will be the first of the 100 series, offering a two-class configuration of Business and Economy, with a capacity of 108 seats, will arrive in Nov 2020. This aircraft will primarily, fly around the South-West Pacific.

Our Melbourne services operate three times a week direct to/from Port Vila with convenient one-stop connections to the islands of Tanna and Espiritu Santo from Melbourne.
Ex Brisbane our four services a week to Port Vila and one dedicated to/from Espiritu Santo